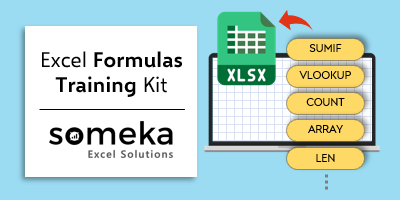 1. User opens spreadsheet.
2. Spreadsheet has four tabs.
3. User selects to view fourth tab (P&L).
4. Before able to view, user is prompted for a password.
5. If user enters correct password (airline), then allowed to view worksheet, else error message "incorrect password".
6. This password check happens each time the file is opened, but if the password is entered correctly once, then the password is not checked during the rest of file session.

Thanks, however it didn't seem to work. I'm sure that I've skipped something obvious. Here's what I did with the code:

Is there anything that I have to do before of after those three steps?

From excel, not VB Editor, how do I add a module to the workbook?

Ok, here it is

Sorry, i should be more specific. Copy the code i gave you. Now, go to excel, and in any sheet right click in the little Excel icon file and choose "View code".

That should take you to the VB Editor.

Delete the text that appears (If you had nothing there)

Now, copy the text i gave you.

Did that, nothing happens though. Do I have to run the macro first? or do i just save? I've tried to do both, and it's still not working. I don't know if it matters, but I'm using Excel 2000. Have you been able to get the code to work in a sample spreadsheet?

Yes i did, and it works for me.

Did you copy from

to the second End Sub ?

No, I only copy pasted exactly as printed into the VB Editor. If you don't mind, could you send the example to sqamanager@hotmail.com? I'd like to take a look at it to see what I'm still not getting right.

No problem if you can't send the example.

Do I have to run the macro before it'll work, or do I just paste and save.

I just sent you the workbook, and you just have to copy and paste, it should work right after that, don't have to save previously either...

Hi guys i have sumproduct formula for counting two range of number, i want count active cells of formula that linked to another sheet... [B]=SUMPRODUC

Hi there, trying to figure out step by step how to build macros and learn more. Now given that my other code was a mess, I figured I would simplify

Hi there! I'm trying to have a cell auto-populate the data in a cell based on the data entered in 3 other cells. I've pasted a copy of the spreadshe

Hi everyone, I need to find the value from one sheet to another. So in Sheet A Field N5 I have a value (Spark) I want to find Spark on the Sheet B an