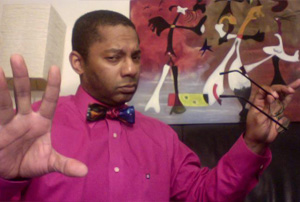 Biographies tend to be written in the third-person, but let me speak directly to you.

I grew up in the city of North Chicago, Illinois. I joined the US Navy in 1985 and spent six years there. In that time, I served on the fast attack submarine USS Sturgeon (SSN-637) and the fast frigate USS Joseph Hewes (FF-1078).

After the Navy, I graduated from University of Illinois at Chicago (UIC) with a minor in economics and two years of Russian language study. My coursework in philosophy involved logic and decision theory, which offers some insight into my passion for Excel and data lots of strategy, symbols, variables, and parentheses.

After UIC, I spent two years at Harvard's Kennedy School of Government. I didn't finish the master's in public administration. Public policy just wasn't my thing, although while I was there, I did help with legal research for the New York Civil Liberties Union in a successful case against Time-Warner Cable.

Then I was back to Chicago and Long Beach, California; and Maplewood, New Jersey; and New York City; and Chicago again where I eventually ended up in a job where I used Excel to investigate complaints. Duplicate orders were shipping out, test results weren't showing up, accounts were assigned to the wrong sales reps, the wrong people were getting termination warning letters....In all those cases, the culprit turned out to be bad data. Some of those problems weren't mine to solve, but management allowed me to dig into the data, get an understanding of the processes, work with the stakeholders, clean the data, and revise the processes. I loved putting out those fires!

For seven years I put out such fires: uncovering flaws in reports, exposing how calculations in reports didn't match business rules, modifying processes, cleaning data, and generally reducing the unnecessary misery caused by crap data. And then, at a mandatory meeting in January 2008, it was announced that the company was moving to LaCrosse, Wisconsin, and all 300 of us would be laid off over the next 12 months. I was laid off in July 2008 and decided to freelance my Excel skills.

While I took on Excel clients and taught workshops, I also founded a nonprofit and was its unpaid executive director for three years. And I developed a ghost pepper peanut butter cookie that sold quite successfully.

Today I run a blog, DataScopic.net, that focuses on data and data management, with Excel at the root of it all. After seeing so much data in my own jobs, in working with clients and students, and in discussions with other data folks, my perspective is that Excel is just a tool. We need data-savvy people and solid processes in addition to the right tools in order to keep our data clean...and keep termination warning letters from going to the wrong people.

I love freelancing and taking projects, but I love teaching and speaking even more. That led me to take improv and stand-up comedy courses at Second City. It's been great! They're wonderful for anyone who regularly gets up in front of people.

Here are a few more things I'd like to say about myself:

Thanks for buying this book!

Data cleansing is Oz’s area of specialization in Excel. From his earliest days with Excel, he has found himself constantly needing to fix names that are ALLCAPS, peel addresses away from phone numbers, clean up the messes that result from extracting data from PDF files,…and fixing all the many other things that prevent data from being useful.

When Oz isn’t elbows-deep in the guts of a spreadsheet, he does storytelling around Portland, Oregon. He has told stories onstage for Risk!, Pants on Fire, Seven Deadly Sins, Pickathon, The Moth, and other storytelling shows. 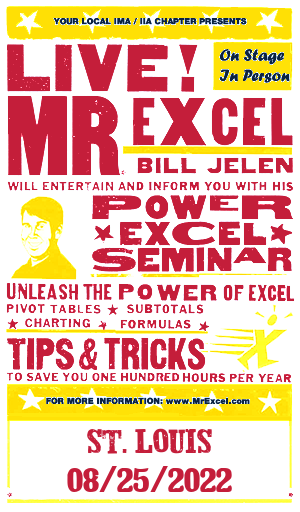 Hello guys When I run the code, a message box is displayed. Is it possible to change the font (size / Bold/ color) of the message displayed in a mess

I have this code that has a lot of references to many columns in it. For example: [CODE=vba]Worksheets("Jobs").Cells(i, 24).Value[/CODE] The prob

Hi, I would like to seek assistance from this forum in a certain task. I have a cell with an expression that includes ranges of numbers. Something li

How could i search if value matches in column B , take a copy of next value in [ATTACH type="full"]67169[/ATTACH]column E and put it into another cell

I have a userform and when the user selects a cell, say A3, the form populates with the data in that row. The user can update the data in the form and