Days between in- and outgoing for a total average.

I`ve been going absolutely mad with an issue I just can't seem to get my head around.
I'll try to give an example to best detail the issue on hand: Imagine I get a penalty fee by having a too fast of a turnover of the cattle I trade, so If I re-sell the first day it's 17% fee and if I sell after 113 days it's as low as 7% fee. 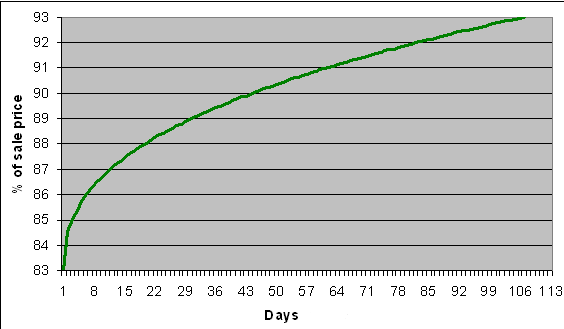 (Example just given for context)

I've sorted all the transactions by date, name if it's sold or bought, price.

So all I want is the average amount of days between each transaction when the the cattle was bought, to the date the cattle was sold. Instead of calling them cattle, cattle1, and so on..I've given them personal names. (Tore Vagle, Rafal etc.) So I'm trying to get a formula to use the name as a criteria, this since the name can jump around on the list due to having sorting functions (sorting by date, name, value and so on). The only transactions I'm out after are the ones that have been bought and sold, not just bought. So how can I go about using the personal name as a criteria, taking the IN date, then the OUT date (on two seperate sheets) and calculating the number of days the cattle have been in my ownership.

The average days ownership per (all) cattle will help me calculate the fee on all the transactions in a very simple matter. It's just that the formula it self seems a bit hard to make now when my brain has completely shut down on the issue.

Hopeing for a helping hand here, at least to lead me in the right direction!

etaf said:
you are welcome

it should work with different sheets , but needs the $ as i posted on both ranges
Click to expand...

Hey again. Sorry to bother you etaf. I've now pretty much finished off the dashboard to the excel sheet now. I've learned a lot the last few days, but it's still something I'm struggling with since we are doing the index searches now.
How should I go about finding the the best trade %-based. So I need the formula to search the sold list again, and find the the trade that gave me the most profit percentage-wise. Do you have any suggestion for this based on what I linked here earlier?

Is there a shortcut key for strikethrough?
Click here to reveal answer
Ctrl+S is used for Save. Ctrl+5 is used for Strikethrough. Why Ctrl+5? When you use hashmarks to count |||| is 4, strike through to mean 5.

setup a column with the profit & percent and any criteria you want to add , maybe time held , inflation etc
for example something thats held for 10years has that money losing money based on inflation etc
then once you have the the "real" profit, you can just use a MAXIFS () or max with a lookup to find the name

you can bring the price bought for over using the same index/match - but instead of date bought, bring over the TOTAL Amount bought for

now you have the price , you can subtract the price sold from the price purchased - less any fees and get a margin.
Now you can work out the % - depends on if you incluse the fees or not or any loss due to time owned

then a MAX() with an index
=Index( Name, match( Max(column of profits) , Column of profits, 0))
simplified example as posted earlier with the extra columns added

Very nice, thank you again for making sense of it all for me and using your spare time helping hopeless persons like my self.
I have the name displayed now, what if I also want the number, lets say 4500% extracted out of the sheet with the name that was the most profitable in terms of percentages?

only issue will be identical values, as index/match only returns 1
starts to get complicated to return multiple values,
A

Thank you very much. That's it. I'm all done thanks to you. Very very grateful!

you are welcome
You must log in or register to reply here.

Extract dollar amount from text in range, then total those amounts on summary