If you like this content, please consider visiting the video on YouTube and subscribe to the MrExcel Channel to show your support!
This video has been published on Aug 12, 2012 .
Weekend Learn Excel from MrExcel Podcasts allow Bill some greater latitude in topic and means. Today, this Special "Learn Excel / Don't Fear The Spreadsheet" Podcast looks at "The Highwaymen" of Florida. NPR [National Public Radio] originally did a story on 'The Highwaymen' [you can find the NPR Page Here: http://www.npr.org/news/specials/2012/highwaymen/ ] back in early July of 2012. What we present today is Bill's experience of meeting one of 'The Highwaymen' - Al Black! Watch Episode #1584! 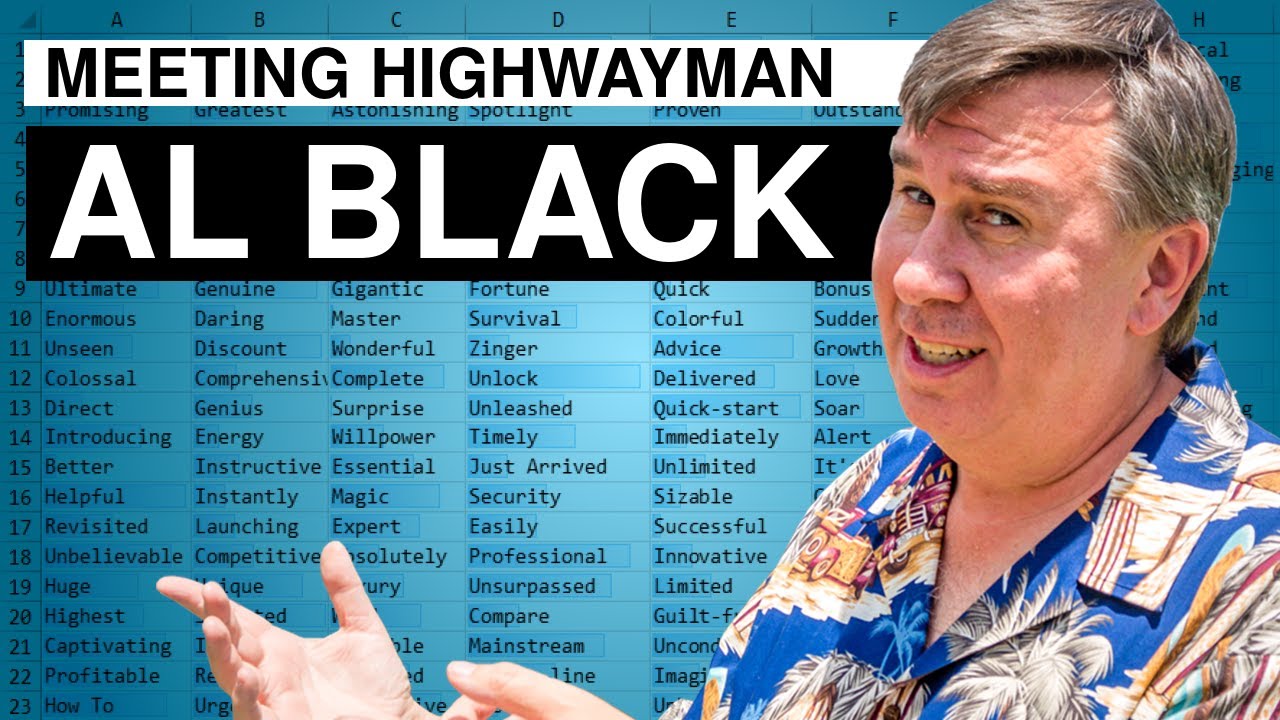