If you like this content, please consider visiting the video on YouTube and subscribe to the MrExcel Channel to show your support!
This video has been published on Jan 20, 2012 .
Today's Dueling Challenge: "Conditionally Format End Values that have Increased or Decreased by 15%"

Initially, it appears that there is only one way to accomplish this task, but Mike "ExcelIsFun" Girvin and Bill "MrExcel" Jelen find another way to tackle and solve this challenge. Follow along with Episode #1509 to see how its done!

Dueling Excel Podcast #95...This episode is the video podcast companion to the book, "Slaying Excel Dragons: A Beginners Guide to Conquering Excel's Frustrations and Making Excel Fun", by Mike Girvin and Bill Jelen. [Currently available in eBook / Print Edition and as a DVD Bundle] 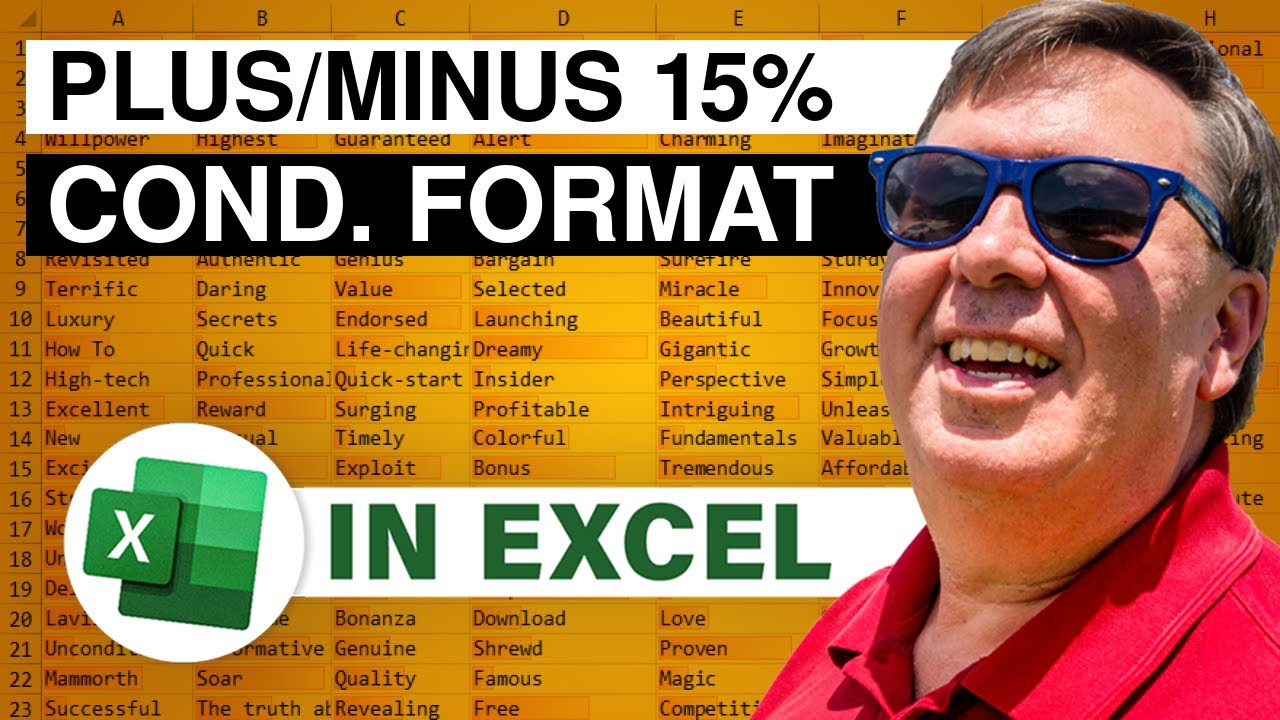