If you like this content, please consider visiting the video on YouTube and subscribe to the MrExcel Channel to show your support!
This video has been published on Apr 20, 2012 .
Going back to "VLOOKUP WEEK 2012" VLOOKUP WEEK Mike 'ExcelisFun' Girvin and Bill 'MrExcel' Jelen look at the 'LOOKUP' Function. Taking cues from an email Bill received from Dan Bricklin [co-founder/inventor of VisiCalc] Bill argues the point that "=LOOKUP" is ambiguous in Microsoft Excel when the Data Set Table is 'square'. Mike, on the other hand, thinks that "=LOOKUP" is not an ambiguous Function; that it is intuitive and dynamic. Follow along with Episode #1550 to hear the debate and decide for yourself.

"Learn Excel 2007 through Excel 2010 from MrExcel". Download a new two minute video every workday to learn one of the 512 Excel Mysteries Solved! and 35% More Tips than the previous edition of Bill's book! Power Excel With MrExcel - 2017 Edition 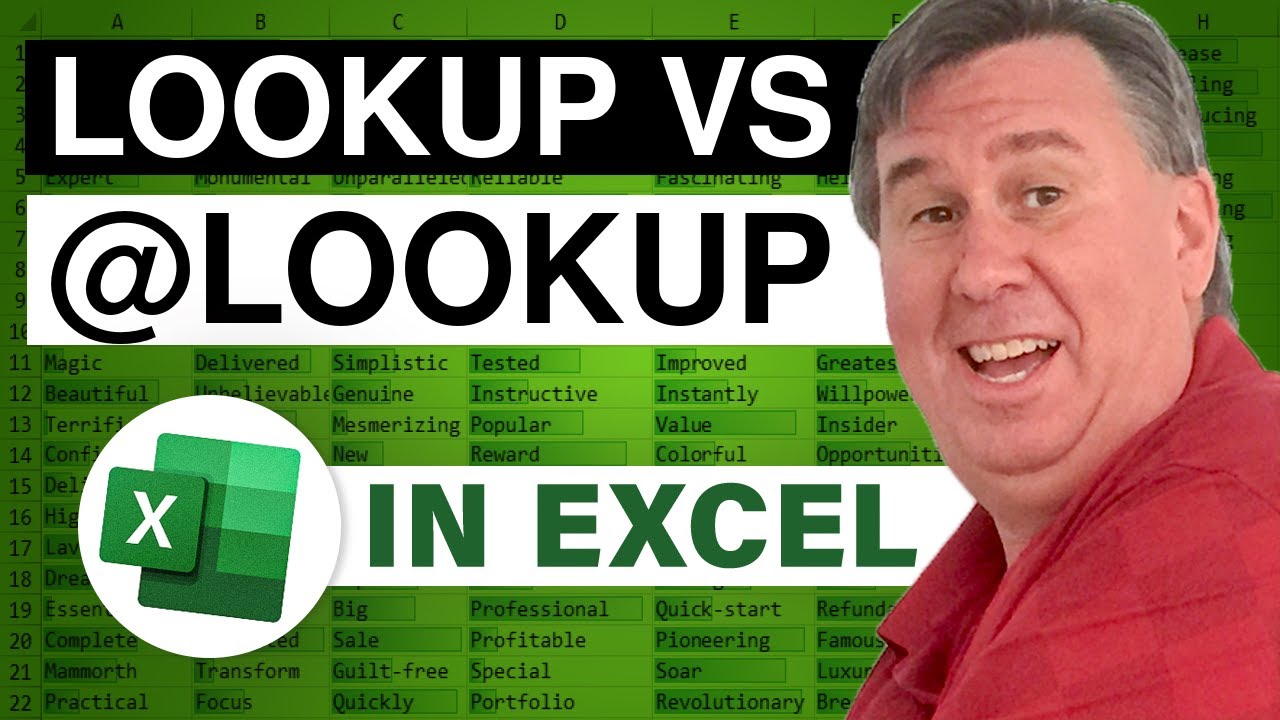