If you like this content, please consider visiting the video on YouTube and subscribe to the MrExcel Channel to show your support!
This video has been published on Oct 28, 2011 .
Someone in my Michigan seminar posed this question: "Can you get the pivot table grand total column to appear on the left side of the pivot table?"
This is handy when you have so many columns that you're not able to see the Totals Column. In Episode #1459, Mike "ExcelisFun" Girvin and Bill "MrExcel" Jelen come up with differing strategies for solving this problem.

Dueling Excel Podcast #89...This episode is the video podcast companion to the book, "Slaying Excel Dragons: A Beginners Guide to Conquering Excel's Frustrations and Making Excel Fun", by Mike Girvin and Bill Jelen. [Currently available in eBook / Print Edition and as a DVD Bundle] 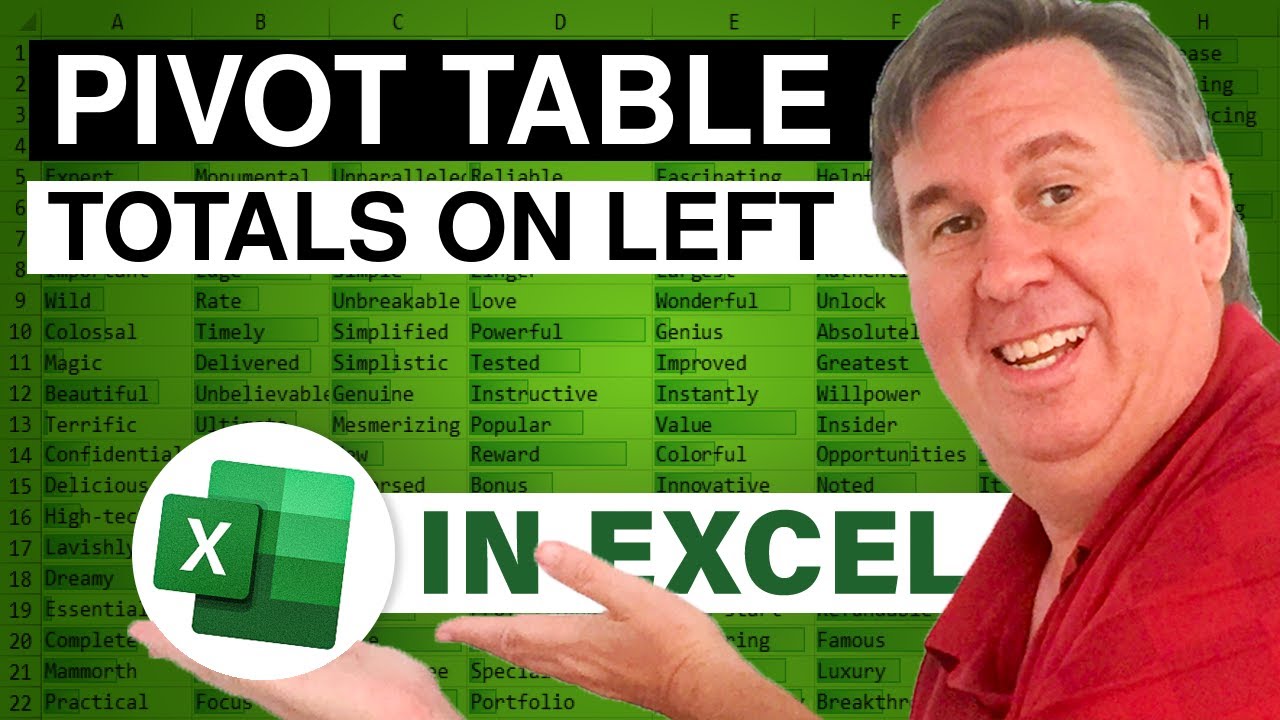