If you like this content, please consider visiting the video on YouTube and subscribe to the MrExcel Channel to show your support!
This video has been published on Oct 14, 2011 .
Today, in Episode #1449, Mike "ExcelisFun" Girvin and Bill "MrExcel" Jelen address different methods to answer the question: "Is there a way that the Grand Totals and Subtotals would omit the Negative Subtotals?"

Dueling Excel Podcast #87...This episode is the video podcast companion to the book, "Slaying Excel Dragons: A Beginners Guide to Conquering Excel's Frustrations and Making Excel Fun", by Mike Girvin and Bill Jelen. [Currently available in eBook / Print Edition and as a DVD Bundle]

the book, Learn Excel 2007 through Excel 2010 from MrExcel. Download a new two minute video every workday to learn one of the 512 Excel Mysteries Solved! and 35% More Tips than the previous edition of Bill's book!

MrExcel.com — Your One Stop for Excel Tips and Solutions 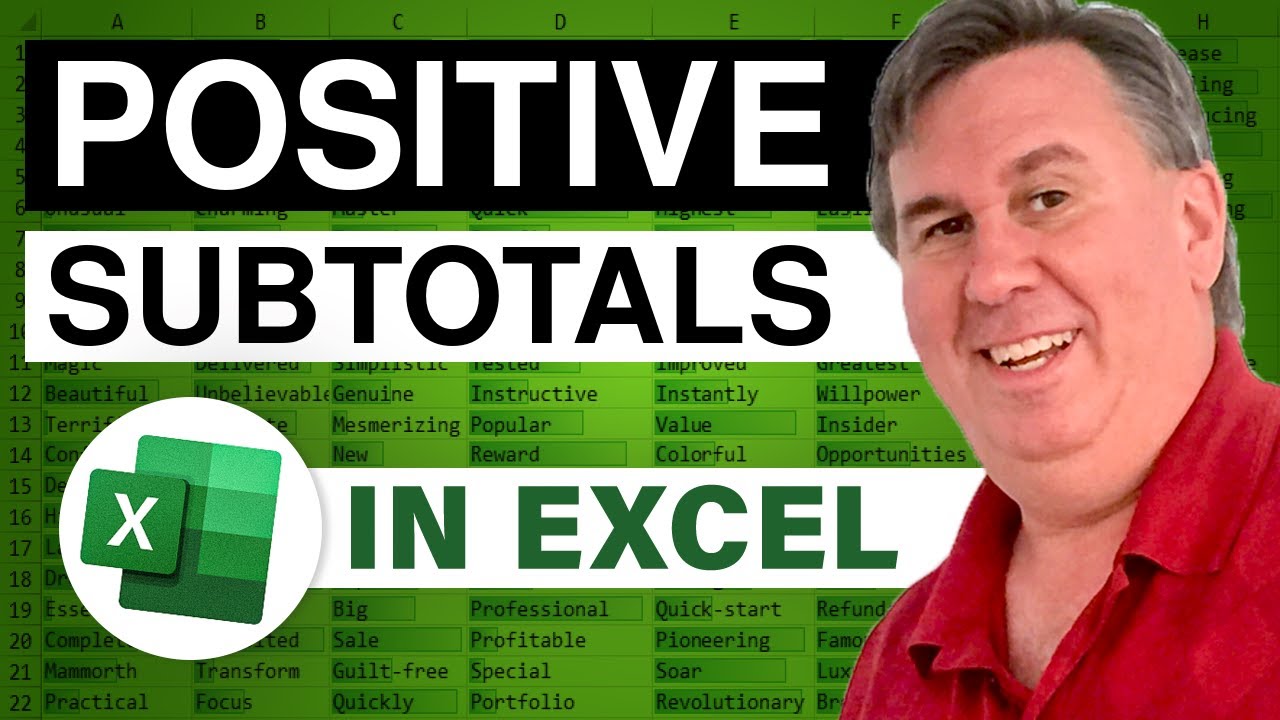