If you like this content, please consider visiting the video on YouTube and subscribe to the MrExcel Channel to show your support!
This video has been published on Oct 23, 2022 .
In this video, several of my friends and I propose ways to cut a 75-minute Excel process down to under 15 seconds. As expected Diarmuid Early posts the fastest time with an under-10-second solution. But Diarmuid warns about a possible problem in the data, which makes a method proposed by Peter_SSs and Anup Agarwall the fastest and safest method.

The formula methods from others:

LC has 4000 rows of Excel data. After every two rows, he wants to insert a blank row. How can he quickly insert 2000 blank rows in the data? My solution today involves a formula to create alternating cells with text and numbers. Then Home, Find & Select, Go To Special. Select all Formula cells... 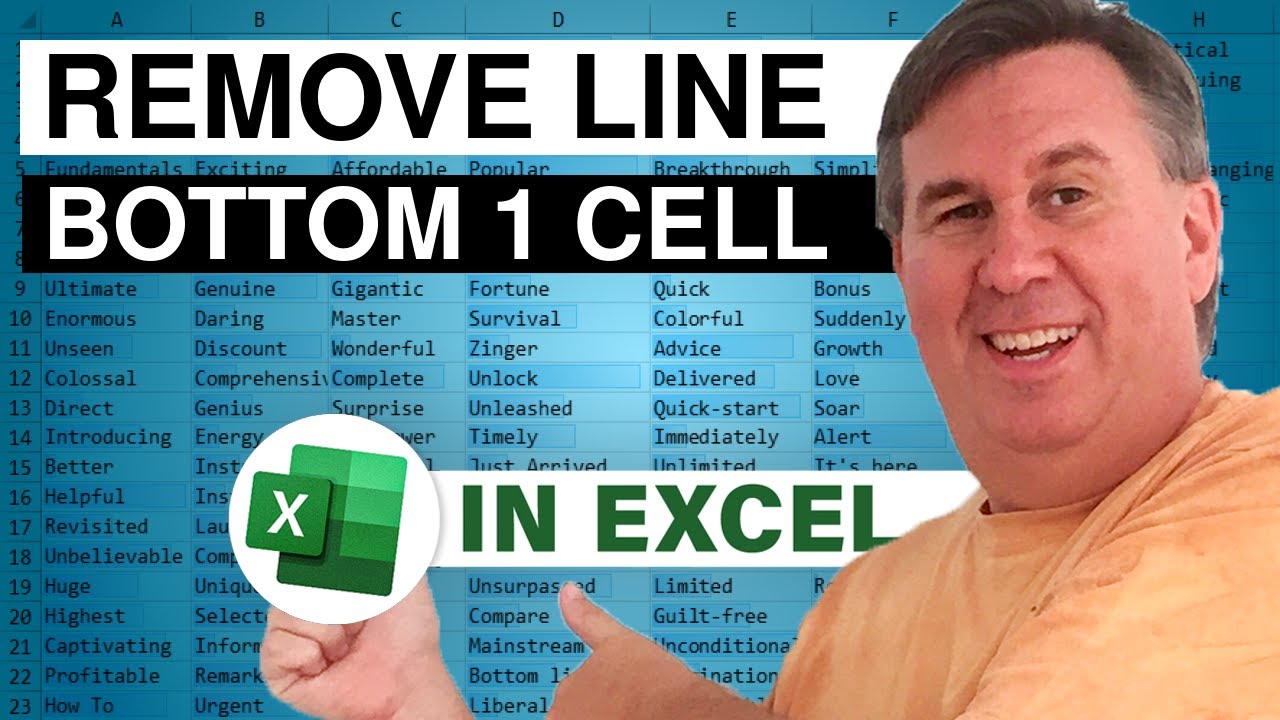 . · 57 · From Merritt Island Florida
I have taken a ride on the Goodyear blimp. Author of 60 books about Microsoft Excel. Currently living near Cape Canaveral Florida where I enjoy photographing rockets launches (My work has been in Aviation Week and the We Report Space book).
J