If you like this content, please consider visiting the video on YouTube and subscribe to the MrExcel Channel to show your support!
This video has been published on Jan 23, 2023 .
I was doing a seminar recently and many people at the company were getting reports downloaded as fixed width text files.

I encouraged them to start using the Get & Transform tools in Excel for cleaning this date. After the seminar, I created a text file with many of the issues that were in their workbooks. 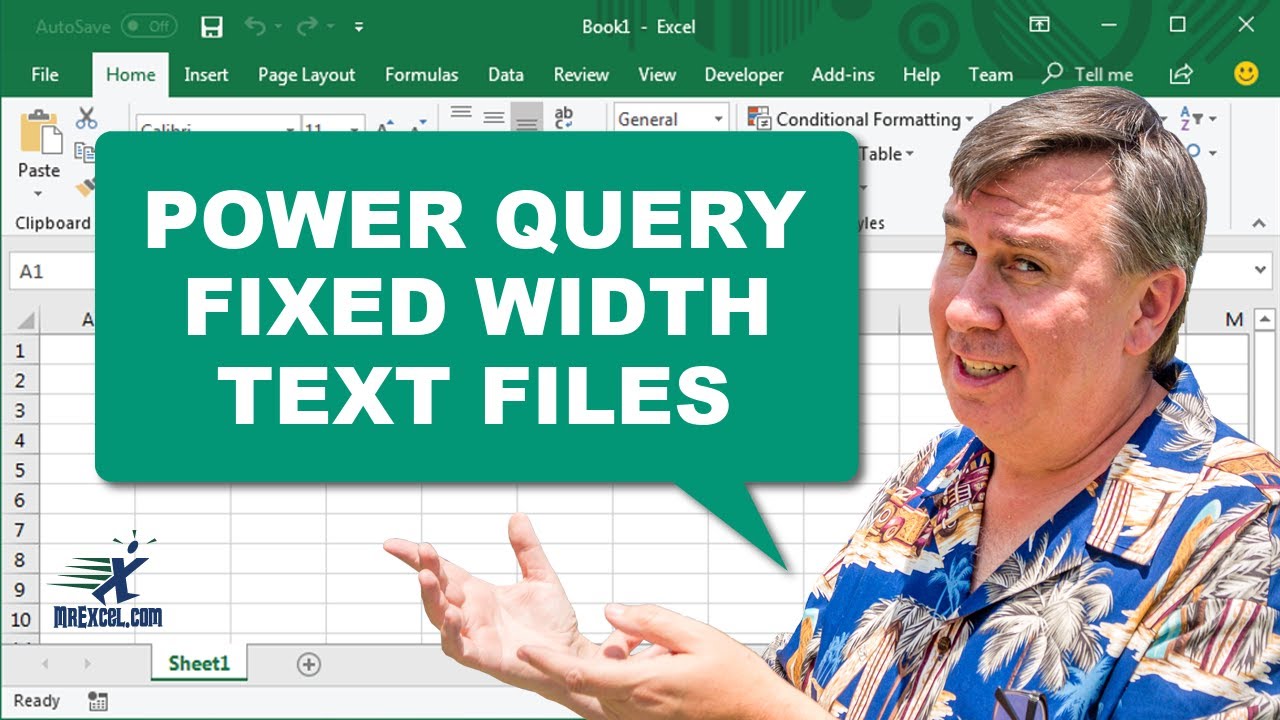