If you like this content, please consider visiting the video on YouTube and subscribe to the MrExcel Channel to show your support!
This video has been published on May 18, 2022 .
Another question from the UCF Accounting Conference. JoAnne asks... XLOOKUP can return multiple columns. What if you want to return several non-adjacent columns, for example, January, April, July, October?
There are three solutions presented here.
Table of Contents
(0:00) XLOOKUP return non-adjacent columns
(0:30) XLOOKUP with FILTER
(2:39) Using HSTACK
(3:17) VLOOKUP with Ctrl+Shift+Enter
(4:40) How would you solve it? 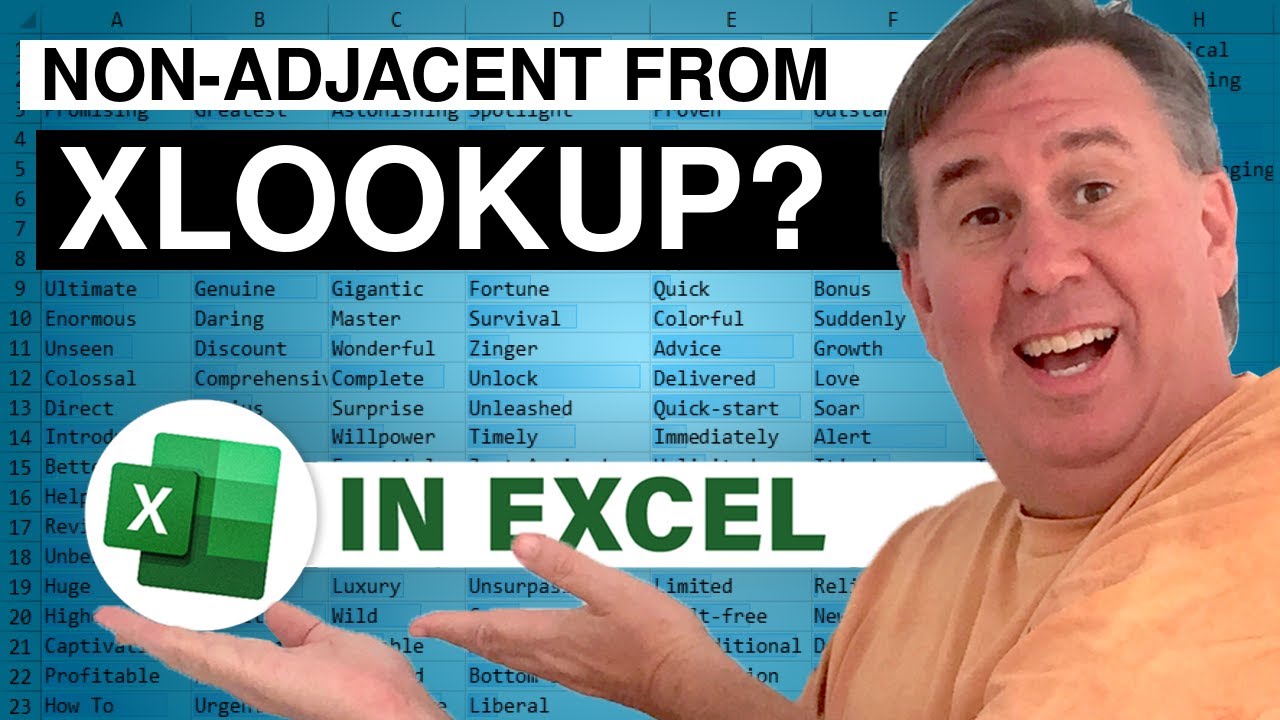 . · 57 · From Merritt Island Florida
I have taken a ride on the Goodyear blimp. Author of 60 books about Microsoft Excel. Currently living near Cape Canaveral Florida where I enjoy photographing rockets launches (My work has been in Aviation Week and the We Report Space book).

So, to eliminate columns from consideration for a match during a lookup one would... type "false" for each of those columns... and pass that list to a function... oh the scalability...
R

I posted a question similar, and thinking there must be a simpler way, has anyone thought of one or have you discovered it.