Keep sum at 0 and to color change when above?

I am looking for a way to keep a cell's formula equation above or equal to 0 AND condition it to change color above 0.01, in example:

It's probably a lot simpler than I know, so if theres any help out there or if someone can point me to a thread with a smiliar question, that would be great. I would be more than happy to upload pictures for referencing.

Thank you so much!

Why does 9 mean SUM in SUBTOTAL?
Click here to reveal answer
It is because Sum is the 9th alphabetically in Average, Count, CountA, Max, Min, Product, StDev.S, StDev.P, Sum, VAR.S, VAR.P.
S

You could the following formula in A3 to achieve this outcome 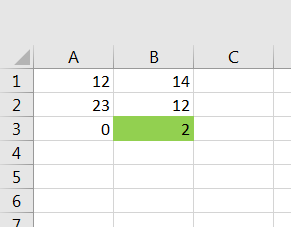 Then use conditional formatting to color anything above zero. 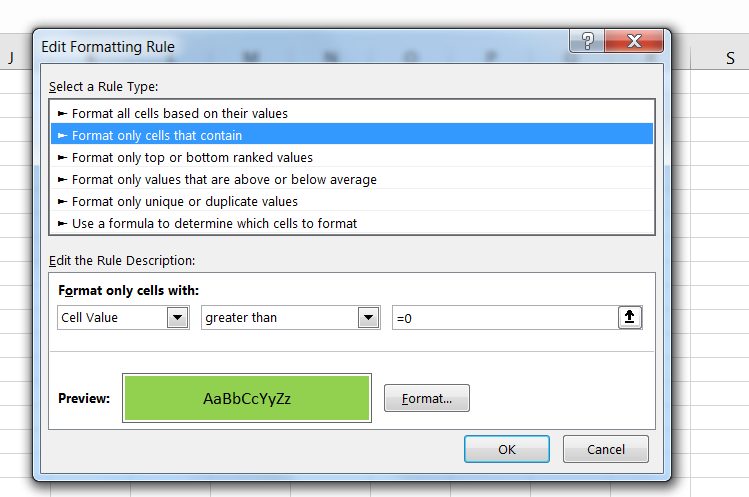 Thanks for your reply.

I have tried out your formula a few times and I am not getting my results... Maybe I am explaining this wrong, so let me rephrase entirely with an image.

As you can see in B are the average hours, C is the actual hours, D is over time, E is Formula Value (the value from F columns formulas) and F is for the formula used.

Maybe the avg. column isn't neccessary in the formula, but regardless of formula used or tried, I want OT column (D2 to D5) to show 0 until hours are over 40.

Does this make sense?
S

Based on your explanation, I understand that you want to calculate OT only if an employee works above 40 hours.If so, you can use the following formula to get your result.

Enter the following formula in D2 and copy it down. 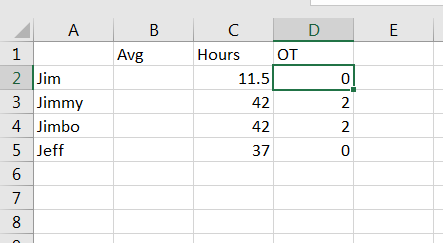 Perfect! It worked! Thank you so much!
You must log in or register to reply here.