I'm not good at explaining stuff, but I'll give it a ago, since I'm stuck - I've included pictures, since it's troublesome to describe in text - I hope that's okay

I have a data-sheet, from which I've created the pivot table shown below, displaying amongst other things "PSO"-values in "kr.".

Now, I'd like to verify these PSO-value, by comparing them to data in an alternate data-sheet from another source - And would like to show these PSO-values by month, from the alternate table, in the same table shown above - So I can easily compare the values from both sources.

The alternate pivot table has a data-structure as shown below - Each row also has an assigned month and period. 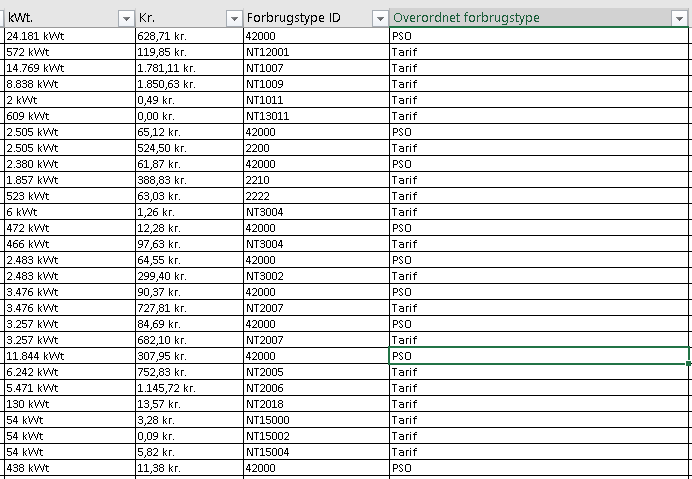 Now, in order to display it in the earlier pivot table, I'm guessing that i need to "calculate a new measure" under the headings "PowerPivot" and "Measures".
I tried doing what is shown below. As can be seen, I'm trying to identify the "SUM" of values in the database containing variable value: "PSO", in the column dubbed "Overordnet forbrugstype". 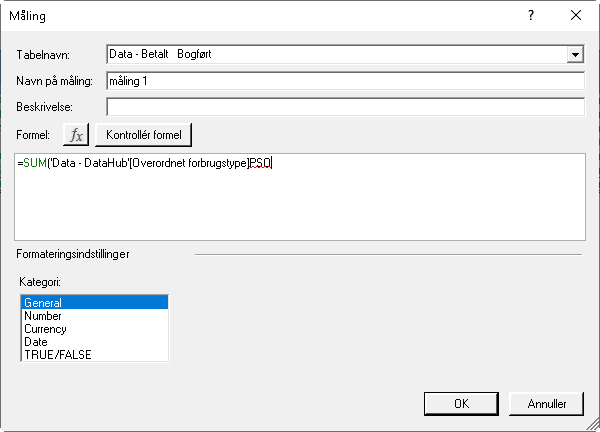 I know I'm doing two things wrong, but I don't know how to correct them.

1: I'm not specifying the "kr." value in the formula, which I'd like to aquire for each variable dubbed "PSO".

2: I'm not correctly specifying in the formula, that I'd like it to only extract the variables containing "PSO".

Might someone be able to explain, how I can solve the problem? Sorry again about the long description.

Can you AutoAverage in Excel?
Click here to reveal answer
There is a drop-down next to the AutoSum symbol. Open the drop-down to choose AVERAGE, COUNT, MAX, or MIN
D

I think I thought up a solution myself - I can simply add a variable to both data-sheets and then make a data-connection between the two
Solution
You must log in or register to reply here.