Reverse A Column In Excel - With Mike Girvin - Duel 196

If you like this content, please consider visiting the video on YouTube and subscribe to the MrExcel Channel to show your support!
This video has been published on Nov 25, 2021 .
You have a column of data in Excel. You need to reverse the column, bottom to top.
How can you do this? Can you do it without a helper column?
Bill Jelen and Mike Girvin compare six ways 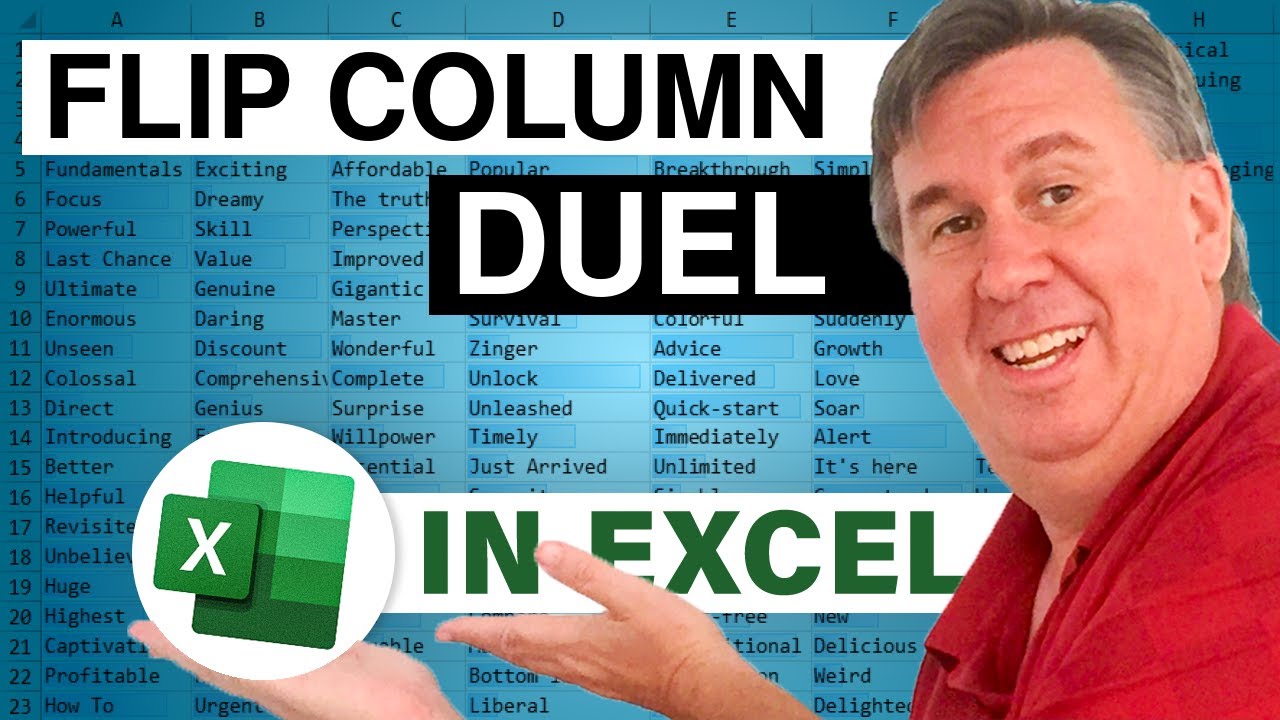