If you like this content, please consider visiting the video on YouTube and subscribe to the MrExcel Channel to show your support!
This video has been published on Mar 2, 2021 .
Building a SLUGIFY function in Excel using the brand new recursive LAMBDA function. This video shows how to use an Index argument to act as a loop counter in an Excel formula. Thanks to Smozgur who posted this example at the MrExcel Message Board LAMBDA forum: Excel LAMBDA Functions

The recursive nature of LAMBDA functions is somewhat hard to wrap your head around. This example shows how one LAMBDA formula replaces 220+ rows of regular Excel formulas. 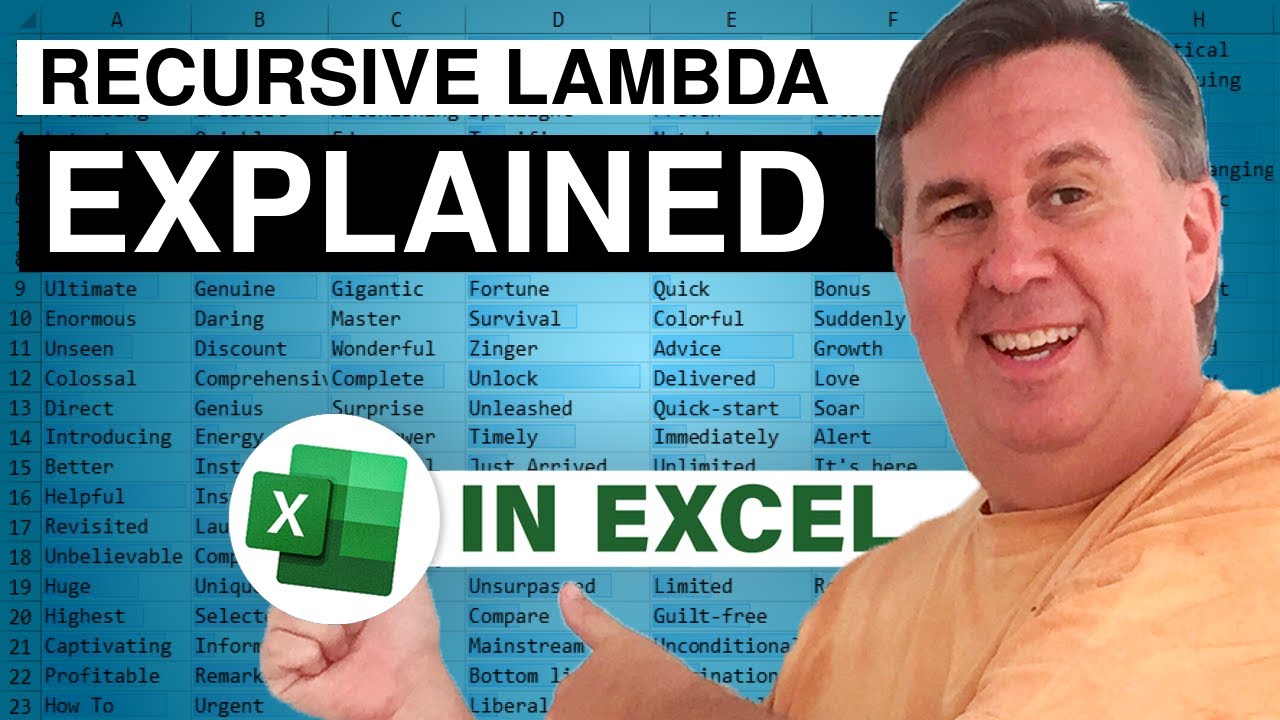