When the button is clicked all accounts listed in column A of the Account List worksheet that have matching values in column B, those worksheets are copied to a new workbook, and the new workbook is named after the region name. 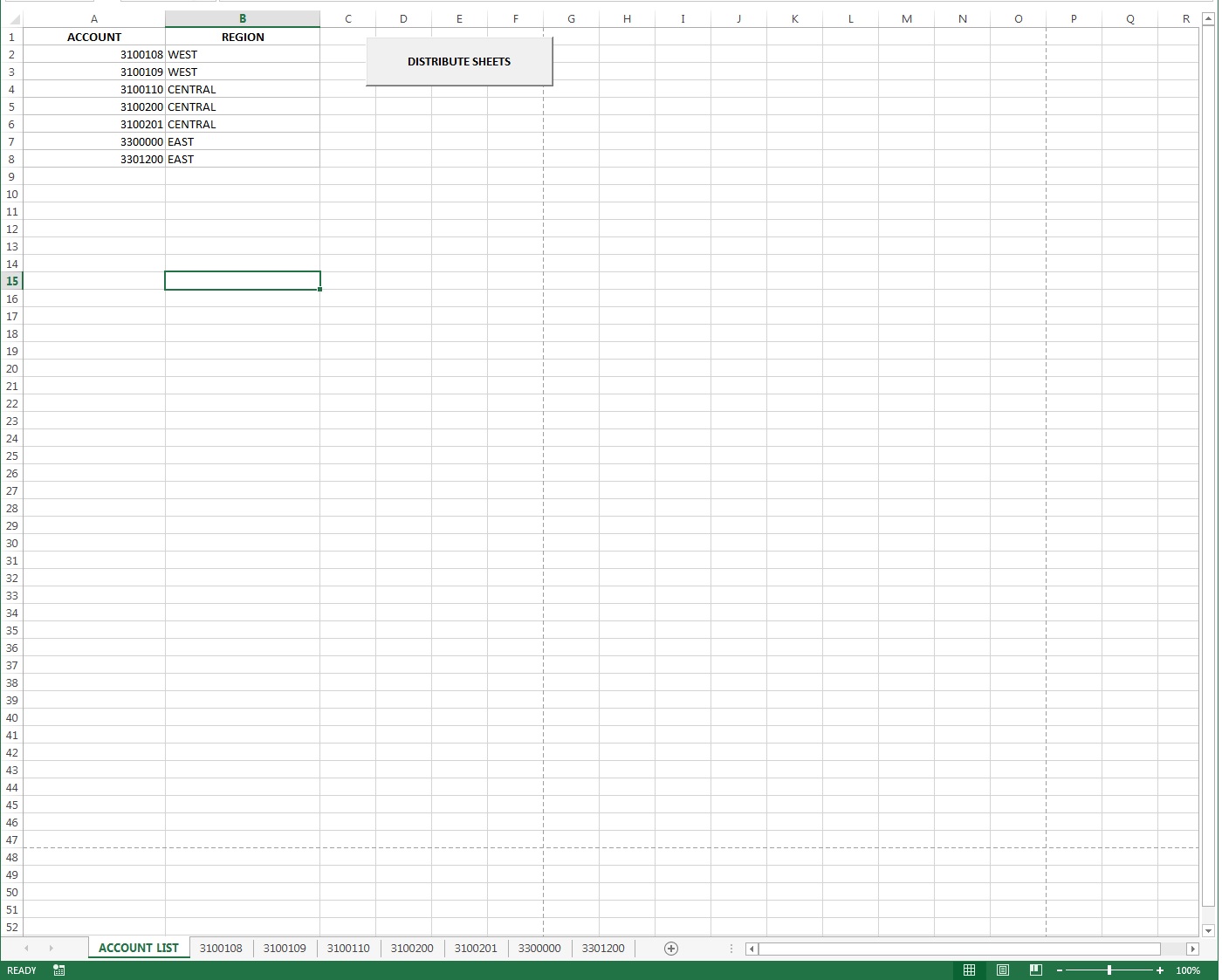 The accounts (worksheet names) in column A can change so it should be based on a range.

I've got a basic VBA script for creating new workbooks based on a list, but no idea how to add in the other elements I'm looking for.


Any help is appreciated!

Easy bullets in Excel
Click here to reveal answer
If you have a numeric keypad, press Alt+7 on numeric keypad to type a bullet in Excel.