Hello
I have a sheet that contains "bios version", "Model" and "ComputerNames" columns. (A3:C150).
I also have 2 columns (J3:K22) that contain the Model and latest bios versions.

In the "F" Column, I'm trying to build a vlookup function that will:
1. Look for and match the model, then if the model matches, compare the bios version (in the "K" column) to the bios version in the "A" Column. If the versions don't match "Update" appears in that "F" cell (on the same row as the computer model being compared). If the values don't match, the cell is blank. 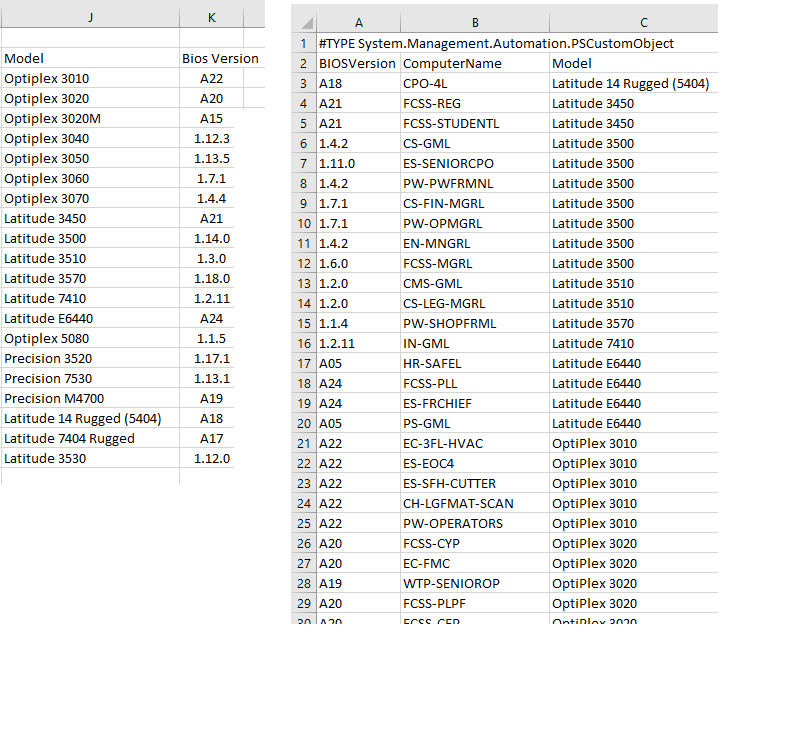 Thank you so much for the reply:
It works like a charm
You must log in or register to reply here.