If you like this content, please consider visiting the video on YouTube and subscribe to the MrExcel Channel to show your support!
This video has been published on Nov 24, 2022 .
The World Cup is now in group stage. Each group has four teams. The top two teams advance to the knockout stage. This video explains the 7 tiebreaker steps, and uses Microsoft Excel to analyze the 729 permutations that can happen in any one group. How likely is it that the tiebreaker will need to be used? 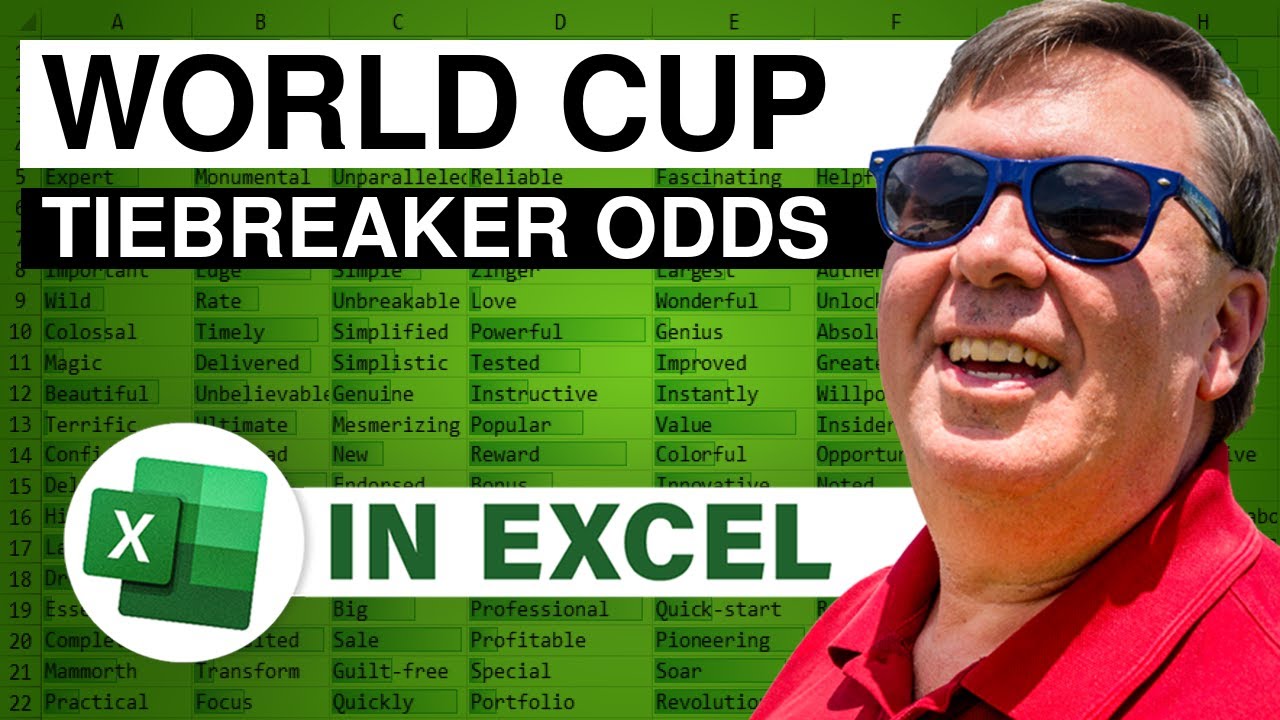