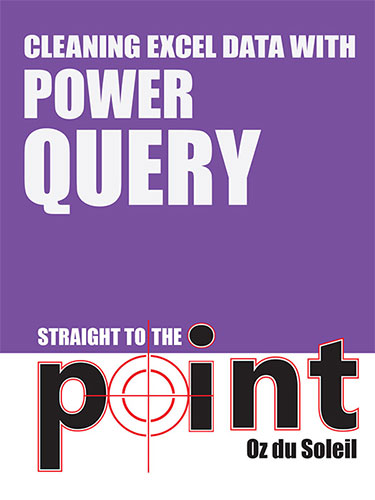 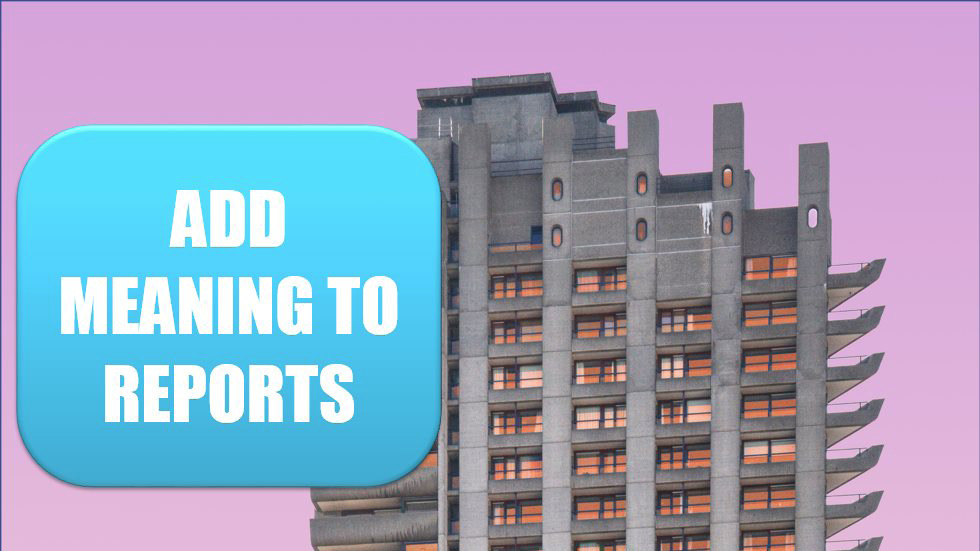 Consider this report, which has way too many decimal places to be useful.

Select the numbers in the report and choose Home, Conditional Formatting, Color Scales. Then click on the second icon, which has red at the top and green at the bottom. 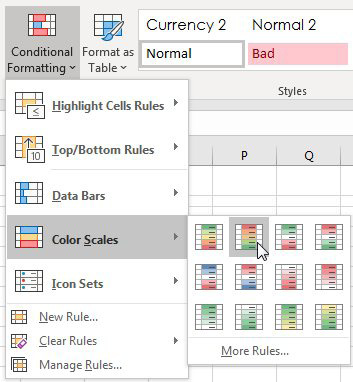 With just four clicks, you can now spot trends in the data. Line 2 started out the day with high reject rates but improved. Line 3 was bad the whole day. Line 1 was the best, but even those reject rates began to rise toward the end of the shift.

The next tool, Data Bar, is like a tiny bar chart that fills a cell. In the following figure, select all of the Revenue cells except for the grand total.

Choose Conditional Formatting, Data Bar, Green. Each number now gets a swath of color, as shown below. Large numbers get more color, and small numbers get hardly any color.

Be careful not to include the grand total before selecting Data Bars. In the following example, you can see that the Grand Total gets all of the color, and the other cells get hardly any color.

With the third tool, Icon Sets, you can choose from sets that have three, four, or five different icons.

All three of these data visualization tools work by looking at the largest and smallest numbers in the range. Excel breaks that range into three equal-sized parts if you are using an icon set with three icons. That works fine in the example below.

But in the following figure, Eddy scored horribly in Q1, getting a 30. Because Eddy did poorly, everyone else is awarded a gold star. That doesn‘t seem fair because their scores did not improve.

You can take control of where the range for an icon begins and ends. Go to Home, Conditional Formatting, Manage Rules and choose Edit Rule. In the following figure, the Type dropdown offers Percent, Percentile, Formula, and Number. To set the gold star so it requires 90 or above, use the settings shown below. Note that the two other icons have been replaced with No Cell Icon. 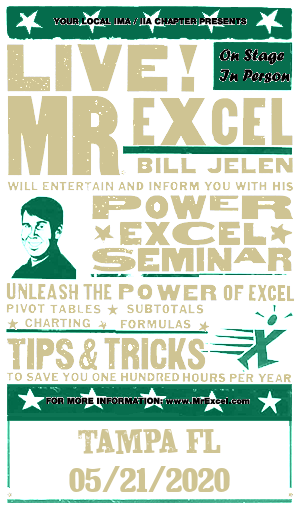 SORRY NOT ANY GOOD AT EXCEL SO HELP WOULD BE MUCH APPRECIATED this formula is in a sheet called ignore =IF(AVERAGE(dataformlatest!BA4,dataformlatest

I have recorded 2 Macros - one to copy a range of cells to the clipboard; the second to clear the relevant cells to start over. I am a novice at VBA,

Hello, I am trying to run macros from a validation list, all macros have been created and run perfectly on there own but I'm getting a compile error

Hi, This is my first post on this forum. I have come across an unusual issue with excel. I am out of ideas! Would really appreciate help with this.

For instance, I have column A populated with different random words. So for example at row 6, I have a "#N/A" instead of a random word. I want to be a

Hello, I am having a small issue with this formula I've been trying to figure out. I have in Column A a list of different models of coolers. In colum