For several months now I've failed to solve this task:

Due to the date issue there'll always be a discrepancy between what's recorded in each system.
I need to show each month that the discrepancy is solely due to some goods being registered in different months.

Data for a single store is shown below, there are 20 in total (shown as customer numbers).
I've checked this by hand and highlighted all pairs.
Green = simple 1to1 match, one pick list number matches a single delivery number
Blue = simple 2to2 match, two pick list numbers match two delivery numbers through a single order number
Red = mismatch
Orange = complex match (120 units total): In this case I first combined all S039058 lines, then tacked on S040633 and S040426 because PL017178 has a link to each of those, and finally S040426 has a link to PL017148

I can automate locating green and blue matches, but that still leaves more manual work than I care for.
I also have to transfer this task to a colleague eventually, and that colleague may not be able to learn how to match manually as with the orange lines.

If anyone is way smarter than me and able to come up with an automated solution, I'd be most grateful.
I imagine complex VBA can do the job iteratively, but I'm hoping for something more elegant.
Please ask if my explanation wasn't coherent. 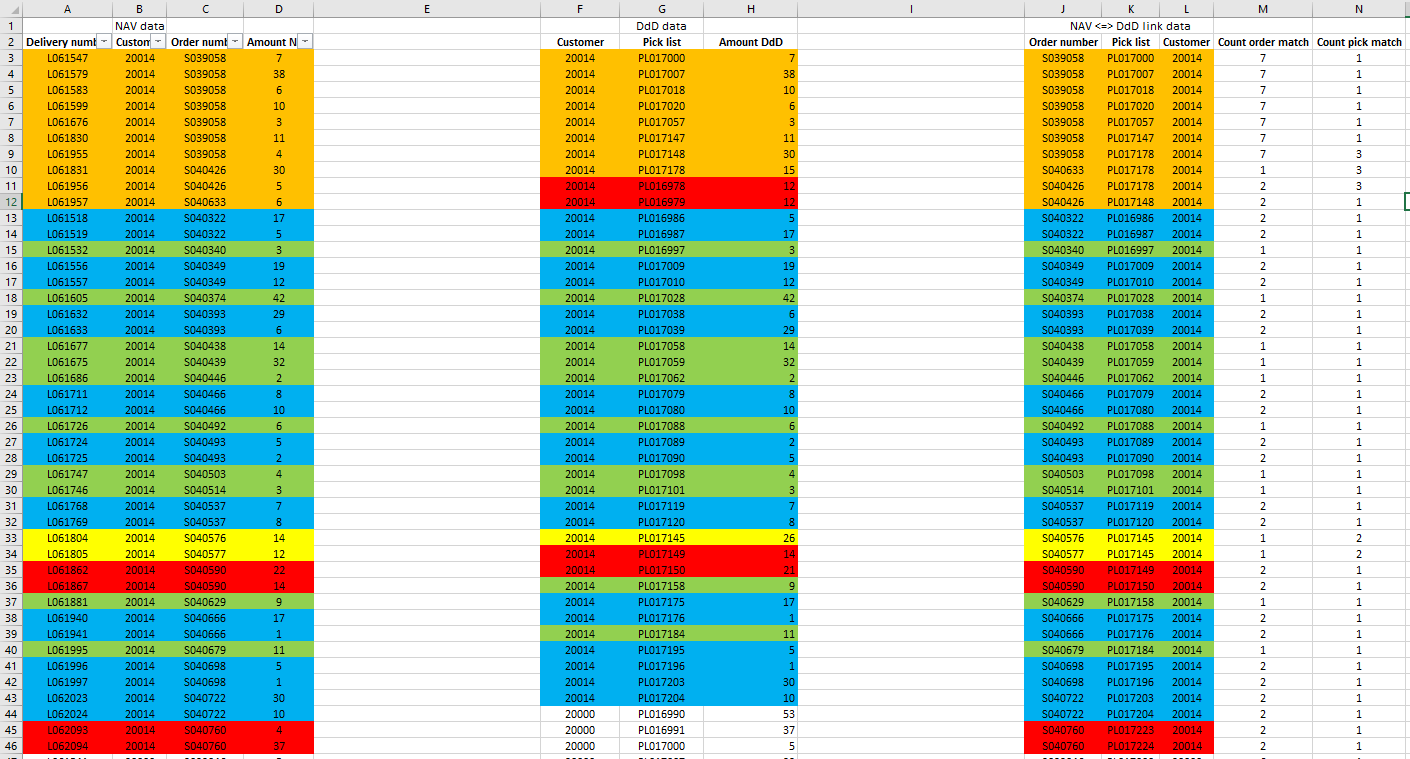 How can you turn a range sideways?
Click here to reveal answer
Copy the range. Select a blank cell. Right-click, Paste Special, then choose Transpose.

Welcome to the MrExcel Message Board!

Cross-posting (posting the same question in more than one forum) is not against our rules, but the method of doing so is covered by #13 of the Forum Rules.

Be sure to follow & read the link at the end of the rule too!

Cross posted at: Complex reconciliation problem
If you have posted the question at more places, please provide links to those as well.

If you do cross-post in the future and also provide links, then there shouldn’t be a problem.
You must log in or register to reply here.