Hi all,
I'm fairly new to excel although I understand the basic functions and have done a few things with IF etc.
I am trying to do something a little bit more complex (well for me anyway!)
I have one excel doc that carries various data - the doc carries two tabs/sheets in these tabs there are two columns in either I want to compare with each other.
The problem comes in here --> I want to be able to find the common denominator between the text input in the cells in the two separate tab columns, however the rule I want to run needs to look at both columns, search for any text that is the same (eg From hell) , the text is often but not always formatted the same way, sometimes it could say [from hell] or [from-hell] etc..
So the rule cannot be dependent on a search time, it needs to be dependent on just finding the same text value, once it has done that it will then need to action another cell in one tab which in turn actions several other cells in a different tab to a certain value.
The above in bold I have done and also created dropdown list for it as below: 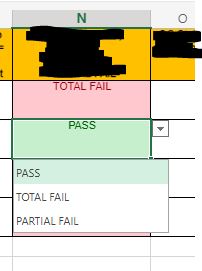 Without knowing the name Blue Planet I need the formula to run, search and match anything that has the same text between the sheets, I thought it would be something like this:

Question again is, how do I do the search/compare and then assign those values to the last string?

Bumping, bump
You must log in or register to reply here.

Apr 20, 2022
Legacy 395409
L
P
Automate creating a worksheet adding rows based on certain criterias (all this in the same workbook)

May 9, 2017
Marcelo Branco
M
C
Ton of script in case anyone wants to review, maybe something useful to someone